What Are the Penalties for Domestic Violence in NJ? 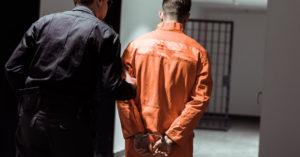 New Jersey takes domestic violence very seriously. A domestic violence conviction can result in lengthy prison sentences, fines, probation, and a ban on firearm purchases. These convictions will also show up on a permanent record and can be visible on background checks. The victim can also sue the perpetrator for damages such as medical bills, lost income, and pain and suffering. If you have been accused of harming a partner or ex-partner, contact a New Jersey domestic violence attorney at The Law Office of Jason A. Volet by calling (732) 702-3785 today.

How Is Domestic Violence Defined in New Jersey?

In general, domestic violence is defined as physical abuse committed by a person in a current or former relationship against their partner. New Jersey’s 1991 Prevention of Domestic Violence Act (PDVA), established a list of crimes that constitute domestic violence. These include:

If you’ve been charged with domestic violence, your liberty and reputation are on the line. It’s important to seek out an experienced criminal defense attorney right away for help.

Who Is Protected by the Domestic Violence Act?

The Prevention of Domestic Violence Act of 1991 established that domestic violence occurs if one of the above offenses are committed against a person with whom the perpetrator has a relationship. A relationship is defined as two people who fall into one or more of these categories:

Both people in the relationship need to be either over the age of 18 or an emancipated minor. A minor is emancipated if they are married, in the military, has or is expecting a child, or if a court or government agency has declared the minor to be emancipated. Both men and women can be perpetrators and victims of domestic violence.

Is Domestic Violence Considered a Felony or Misdemeanor in New Jersey?

What are the Types of Domestic Violence?

There are several different types of domestic violence. These include physical, emotional, sexual, or financial abuse. Physical abuse occurs when force is used against the victim and results in injury. This includes punching, kicking, stabbing, shooting, choking, slapping, or otherwise harming the individual. The injury does not need to be severe or warrant medical attention. A slap that causes a minor bruise would constitute physical abuse. Emotional abuse includes constant insults, humiliation, and criticism. Emotional abuse alone is not sufficient to bring a domestic violence charge unless it is so extreme that it can be considered coercive. Evidence of emotional abuse can be combined with other types of abuse to bring a charge of domestic violence. Sexual abuse includes rape, sexual assault, and sexual harassment. Sexual abuse can also include forms of reproductive coercion, such as being tricked or coerced into not using contraception or having an abortion. Financial abuse can come in many forms, but usually appears as one partner controlling the other’s access to resources. This is especially common in marriages where spouses share their money in a joint bank account. Financial abuse may occur alongside other forms of abuse and can make it extremely difficult for the victim to leave the abusive situation. Financial abuse alone is usually not grounds for a criminal charge, but a victim may be able to recover or regain access to assets in civil court.

What Evidence Is Needed to Prove Domestic Violence?

Evidence is very important in domestic violence cases. It can be difficult to prove a claim of domestic violence because it often happens at home without any witnesses. Evidence such as photos of the victim’s injuries or of damaged property is often used as evidence. Testimony by witnesses who saw the abuse occur or to whom the victim confided also may be used. It’s very important to speak with a criminal defense attorney if you’re facing domestic violence charges. Because the consequences can be far-reaching, you need a lawyer who will gather solid evidence to disprove or reduce the charges against you.

Domestic violence is a serious crime. A conviction can have a lasting impact on your life. It’s important to understand your rights and the process by which domestic violence charges are handled. Questions? Reach out to a New Jersey domestic violence attorney at The Law Office of Jason A. Volet by calling or filling out an online contact form for a free consultation.