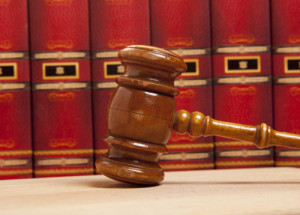 I’m often asked by a potential client who’s sitting in my office: “Do I have the ability to resolve or plea bargain down my case? I have a number of charges here.” Maybe there’s two or three or five or eight, and generally, in my experience, having been both a former assistant Monmouth County Prosecutor as well as now being only a defense attorney, that most prosecutors are willing to listen to whatever evidence that we provide them as well as anything personal about you that would be helpful to our side of the case, and I’ve also found in my experience that the majority of them are willing to try to resolve that case short of a trial to some sort of resolution that would be both beneficial to you as the person charged and would also satisfy the prosecutor’s office or any victim that was involved.

Throughout the years, the New Jersey Legislature has shown very little tolerance for those charged with possessing a firearm or other weapons while in the course of committing certain drug offenses. Any person who has in his possession any firearm…