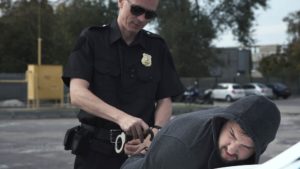 If a person involved in a relationship believes that the other party poses a threat of harm, that person can seek a domestic violence order of protection, or restraining order, in New Jersey. It is a civil order. However, a violation of the restraining order is a criminal offense. As a result, anyone accused of a violation could face serious consequences, including fines and incarceration.

Attorney Jason A. Volet understands how, in many cases, a person can be accused of violating the conditions of a restraining order that the person didn’t even know existed. Sometimes, the intense emotions involved in a domestic issue can lead one party in a relationship to wrongfully accuse the other party of violating a restraining order. That is why we conduct thorough investigations of these cases and work tirelessly to discover and present all of the facts and circumstances.

If you have been charged with violating a restraining order in New Jersey, contact The Law Office of Jason A. Volet without delay and allow us to get started on your defense. Our initial consultations are always free and confidential.

What Is a Restraining Order? 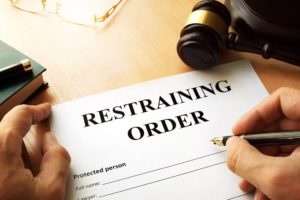 The order may also impose certain duties on a person such as:

If a person is accused of violating either a TRO or FRO, a judge in the Family Part of the Chancery Division of Superior Court will review the allegation and determine whether to find the person guilty of criminal contempt.

What Happens If You Violate a Restraining Order?

Under N.J.S.A. 2C:25-31, a law enforcement officer must arrest a person and take that person into custody if the officer has probable cause that the person violated a domestic violence restraining order. If a court ultimately finds the person to be guilty of contempt, the person could face penalties set out in N.J.S.A. 2C:25-29, which include:

If a person is convicted of a second domestic violence contempt offense, the person could face a mandatory sentence of 30 days in jail.

Do You Need a Lawyer If Charged with Violating a Protective Order? 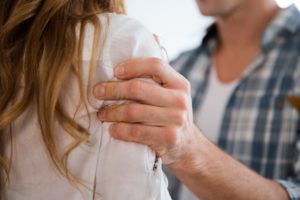 Given the consequences that you could face if convicted of a restraining order violation, you should seek help from an experienced New Jersey domestic violence defense lawyer as soon as possible. Attorney Jason A. Volet is certified by the Supreme Court of New Jersey as a Criminal Trial Attorney. He has handled more than 2,000 cases as an assistant prosecutor and defense lawyer, including numerous cases involving allegations of domestic violence restraining order violations. He will know how to investigate your case and develop a sound defense strategy on your behalf.

For instance, the contempt statute requires a “knowing” violation of a restraining order. The evidence in a case may show that a person was never served with a copy of the order or otherwise would not have known of the condition(s) which he or she allegedly violated. An effectively presented defense could lead to a dismissal of the charge in your case.

Get Help from a New Jersey Domestic Violence Defense Attorney

The stakes are high when you are accused of violating a domestic violence restraining order. A criminal contempt conviction could threaten your freedom and your future. This is why you should not try to handle your case on your own. Instead, get help right away from experienced New Jersey domestic violence defense attorney Jason A. Volet. Call or reach us online now to schedule a free consultation through our office in Freehold or Neptune.