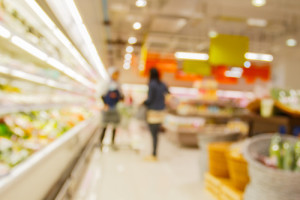 Ranking as the country’s top property crime, shoplifting is a serious concern in the United States. Shoplifting results in more than $20 billion dollars in property loss annually for U.S. retailers. Because of the sheer number of thefts and revenue loss linked to shoplifting, many states have taken a harsh stance and have strengthened their criminal penalties for anyone convicted of these charges. Today we give you the basic keys to understanding shoplifting.

How Do Shoplifting Charges Work? 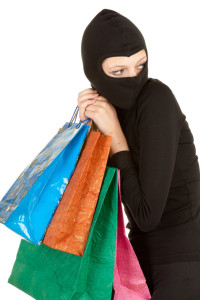 There are two different types of shoplifting charges that a person may face, defined as theft under the criminal code. The details on these charges can change from state to state, but many of the same rules apply.

The lesser shoplifting charge, petty theft, can occur when a person takes a small-value piece of property, such as a movie or some food. These charges typically only deal with property under a certain value.

The more serious allegations come when the stolen item’s value exceeds this maximum petty theft value. If a person steals something or a number of items exceeding the petty theft value, they may be charged with grand theft. These charges often carry severe mandatory sentencing if a person is convicted.

How Can You Fight Shoplifting Charges?

The criminal justice system is complex and often confusing for many people. It’s common to rely on a legal advisor to help if charged with petty or grand theft crimes. Arrests for shoplifting usually only occur after some physical evidence of theft has been uncovered, making these allegations particularly tough to fight.

If you’ve been charged with shoplifting, you could be facing anywhere from probation through jail; shoplifting can be graded as a disorderly person’s offense which will be heard in municipal court or it can be graded as a fourth degree or a third degree or even a second degree depending on the value of the items that were taken. In order for the state to prove that you’ve committed a shoplifting, they have to prove that you have passed all point of sales and that you intended to take that merchandise without paying for it. If you’ve been charged with this crime, contact an attorney immediately to defend you against these charges.

If you’re facing shoplifting charges and aren’t sure about what next steps to take, I may be able to help you. Contact me today to schedule a free case evaluation. Once I have learned about your situation I can explain the options available.

What To Do If Your Child Was Caught Shoplifting

First and foremost, remain calm. Most prosecutors acknowledge the difference between impulsive shoplifting for an inexpensive item from a felony shoplifting arrest.

If your daughter is arrested for shoplifting, the best course of action is usually to seek the counsel of an experienced New Jersey criminal defense attorney.  An experienced lawyer can immediately begin representing your daughter and protecting her interests against the state.

Unfortunately, many times parents believe that if they call the prosecutor’s office and explain that this is the first time their daughter has been arrested, that the prosecution’s office will simply dismiss the case. Usually, this is not the best course of action.

Prosecutors are usually willing to speak to a criminal defense attorney, as it’s typically necessary during any criminal proceeding. As a criminal defense attorney with more than 15 years of legal experience, my job will be to speak with the prosecution’s office to understand their thoughts and objectives. I have a wealth of experience and knowledge concerning how shoplifting cases are typically handled. I will use this experience to seek the best possible outcome based upon how the prosecution’s office has handled similar cases.

Before speaking with the prosecution’s office, I will want to fully understand the circumstances relating to the case. Often the case of the prosecution may be weak. They may not have any eyewitnesses who want to be involved. There may be other facts that cast doubt on whether they can prove the charges beyond a reasonable doubt.

In these cases, it may be more advantageous to pursue having the charges dropped entirely. If the prosecutor won’t drop the charges, pursuing a plea bargain is another option. Once I know about the facts and circumstances, I can offer legal advice and strategy on how to proceed.

Please Call Me to Learn More

I am happy to meet with you to learn more about any shoplifting or other criminal charge. It’s important to consider retaining a theft defense lawyer as soon as possible, so that your interests are protected and rights are preserved.

What Happens at a Final Restraining Order (FRO) Hearing?