What You Should Know about False Confessions 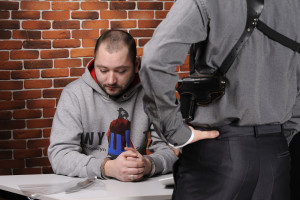 According to a study produced by the Innocence Project, a multinational legal non-profit group, up to one quarter of all people falsely convicted and eventually exonerated of a crime had originally confessed to committing the crime. False confessions are clearly more common than many people think, and they can cause serious legal problems for defendants who make the mistake of making one.

When a defendant is facing a tough interrogation by the police and isn’t sure what to do next, they may panic and unwittingly confess to a crime they don’t actually believe they’ve committed. A person may falsely confess under the following conditions:

In these situations, a person may give a false confession of crimes that can be extremely incriminating and possibly cause them to be convicted and imprisoned.

What is a Pre-Indictment Conference in New Jersey?

If you have been arrested in New Jersey for an indictable offense – also called a Superior Court offense or, in other states, a felony – you will have many things to worry about, including what it will be like…