What Are the Penalties of a First Drug Offense in New Jersey? 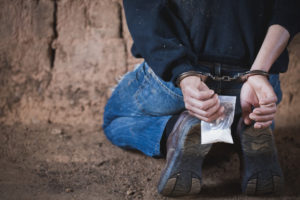 Longstanding views on certain drugs and drug-related crimes are slowly changing around the country. But laws don’t always change as quickly as society’s attitudes about certain crimes. Drug offenses still carry stiff penalties in New Jersey. You should take it seriously if you’ve been accused of a drug crime. Even for first-time offenders, the penalties for drug crimes can be severe. At The Law Office of Jason A. Volet, we know how to handle all types of New Jersey drug offense cases. Volet is a former prosecutor who’s also certified by the New Jersey Supreme Court as a criminal trial lawyer. During his time as both a prosecutor and defense attorney, Volet has handled thousands of drug cases, giving him inside knowledge that he now uses to help his clients. Volet exclusively focuses on criminal law, dedicating his law practice to clients who most need his help when they’re facing the wrath of the justice system. To get your free and confidential initial consultation, call us or visit our firm’s contact page.

Penalties for a First-Time Drug Offense in NJ

The potential penalties for a first-time drug offense in New Jersey depend on several factors. The biggest factors are:

In addition to the penalties listed above, a conviction for a drug offense can also lead to your driver’s license being suspended and your vehicle being seized by police. Furthermore, possessing large amounts of these drugs may constitute evidence of possession with intent to distribute. Though the specifics vary depending on the drug in question, a conviction for possession with intent to distribute carries much harsher penalties, including:

For other drugs, the penalties for possession with intent are very similar to what is listed above.

Will I Face Jail Time If It Was My First Drug Offense?

You could face jail time even for a first-time drug offense. If you show remorse and have no prior criminal charges, there’s a chance that police and prosecutors will go a little easier on you, but there’s no guarantee. Any drug offense, including a first-time offense, should be taken extremely seriously.

Options You May Have

New Jersey has a few options for drug offenders that can allow them to avoid a trial and the harshest criminal penalties. These include:

How Can a Drug Crimes Defense Attorney Help?

A conviction for drug crimes in New Jersey can have a disastrous impact on your life – even if it’s a first-time offense. That’s why hiring a drug crimes lawyer is crucial. If you’re accused of a drug offense, here’s some of what The Law Office of Jason A. Volet can do for you:

Speak with our team today for free by calling us or by visiting our firm’s contact page.

Reckless driving is broadly defined, but can generally be understood to be any kind of driving which might endanger a driver and his passengers, or any other driver on the road. Offenses include: Speeding Tailgating (following too closely) Not using…