What are Diversion Programs? 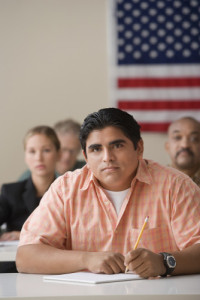 If a person is facing tough sentencing due to criminal charges, there may be an opportunity to ask for admission in a diversion program instead of a trial. Diversion programs exist as a second choice for some defendants to accept conditions set by the authorities in return for avoiding a major crime on their criminal record and subsequent sentencing. These programs are not available in all cases, but can be particularly attractive choices for some defendants.

Diversion programs are used as an alternative mode of sentencing. A person who accepts the terms of a diversion program may be able to avoid serious crimes on their record, including drug and alcohol charges, for less serious violations or no addition to the record at all. Additionally, they may experience lesser sentencing, which can include the following:

Violation of the terms of a diversionary program, it should be noted, is likely to result in severe punishment, possibly including a reversion to the original charges.

In the state of New Jersey, the statute of limitations is set at different levels for different crimes. As long as a person’s crime isn’t considered an exemption to the general rule, they may avoid conviction if the prosecution doesn’t work fast enough.

The rules for the statute of limitations work in the following ways in New Jersey:

This time may be effectively extended if a person attempts to flee the authorities.

If you are facing criminal charges and are willing to cooperate with the authorities in exchange for lesser penalties, a diversion program may be right for you. When seeking this option, it is strongly advisable to do so with the assistance of an attorney.

Reckless driving is broadly defined, but can generally be understood to be any kind of driving which might endanger a driver and his passengers, or any other driver on the road. Offenses include: Speeding Tailgating (following too closely) Not using…