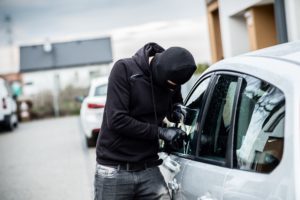 If you are accused of taking another person’s property without permission, you can be charged with a theft offense in New Jersey. The potential penalties that you face if you are convicted will depend on many different factors, including:

In this article, we will examine those factors and explain the consequences that a theft conviction carries in New Jersey. If the police recently arrested you or a loved one on any type of theft charge, you should contact The Law Office of Jason A. Volet as soon as possible to discuss the specific facts of your case. We can provide a free consultation through our office in Freehold or Neptune.

Jason is a former Monmouth County Assistant Prosecutor who is certified by the Supreme Court of New Jersey as a criminal trial attorney. He has handled more than 2,000 cases over the course of his career, including numerous theft cases. He can put that experience to work for you and formulate a defense strategy that is aimed at protecting your rights and your future.

What Is the Difference Between Petty Theft and Grand Theft in New Jersey?

First, let’s clarify the difference between petty theft and grand theft crimes in New Jersey. You may hear these terms a lot. They are not specific crimes but, instead, terms that people use to categorize different types of theft offenses.

When people describe an offense as “petty theft,” they generally refer to a disorderly persons offense, or misdemeanor, which involves the unlawful taking of property with a value of less than $200. The shoplifting of a clothing item from a retail store like Wal-Mart, for instance, would be an example of “petty theft.”

In contrast, people use the term “grand theft” to describe indictable offenses, or felonies, in which the value of the item is much greater. A grand theft crime can range from a carjacking, which is a first-degree crime, to the taking of an item which is only slightly more than $200, which is a fourth-degree crime.

Of course, a theft charge of any kind can carry serious consequences, including:

If you are facing theft charges, you should always discuss your case and your defense strategy with an experienced Monmouth County theft defense lawyer. It is important to take every step you can to avoid a criminal conviction. The Law Office of Jason A. Volet is ready to help you.

If you are charged with theft in New Jersey, the possible penalties you face will depend on:

To learn more about the specific type of theft crime that you or a loved one may currently face, get in touch with our dedicated legal team at The Law Office of Jason A. Volet today.

What is the Statute of Limitations for Theft Charges in New Jersey?

Get Help from an Experienced NJ Theft Crimes Defense Attorney

If you are arrested for any type of theft offense in Freehold, Neptune or elsewhere in New Jersey, it will be crucial for you to have a skilled criminal defense lawyer by your side as soon as possible. Attorney Jason A. Volet can bring his background as both a prosecutor and defense attorney to your case along with his passion for protecting the rights of the accused. Don’t wait to get the legal help you need. Contact us today for a free and confidential consultation.

In New Jersey, before the police can stop a driver or administer a sobriety test, they must have a reasonable basis for making a stop in the first place. A reasonable basis may be if they see the driver commit…