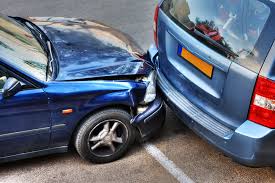 If you’ve been charged with leaving the scene of an accident, it’s important to contact an attorney right away. There are serious ramifications for leaving a scene of an accident. There are a number of different things; if somebody was killed, it could be an indictable offense, if somebody was injured the penalties could be severe, if there was property damages those penalties are severe including a loss of license, so it’s important to remember that if you are in an accident, you either need to give your information to the person you’ve had an accident with or to some witness that’s there, and if there is nobody there, it’s important that you drive immediately to the police department and let them know that you were involved with this accident so that you don’t pick up this charge.

Again, you can take what was a simple accident and really turn it into something that was very serious to yourself just by not reporting it to the people that it should be reported to; however, if you have been charged with this, call an attorney right away to explore whatever defenses you may have.

If you’ve been charged with stealing a credit card from a person, whether you found it in a store or you took it out of their pocketbook, it’s important that you hire an experienced New Jersey Criminal Defense Attorney right…