I was Charged with Burglary in NJ, but I Didn’t Steal Anything 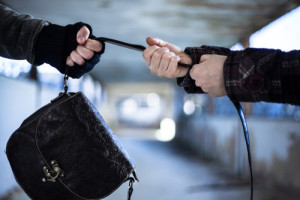 I often meet with people who have been charged with a burglary and the first thing they’ll say to me is: well, I went into that house but I did not go into that house with the intent to steal anything. Unfortunately, in New Jersey, that does not make you any less guilty of a burglary. In New Jersey, a burglary is entering somewhere where you are not licensed or privileged to be with the intent to commit a crime once you are inside. What that crime is does not make any difference. It does not have to be a crime to steal. It could be a crime to assault somebody, it could be any number of things as long as there was an intent to commit some crime when you went into a place where you were not supposed to be.

This informational blog post was provided by Jason A. Volet, an experienced New Jersey Burglary Attorney.

What is a Federal Crime?

With a federal crime or federal offense, a person violated a federal law rather than state law. Additionally, federal crimes can also take place when a crime occurs on federal property. Some crimes, such as drug-related offenses, may be considered…