How to Vacate a Restraining Order in NJ 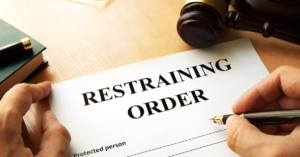 When a court imposes a restraining order against you, it can impose hardships on many areas of your life – from family relationships to your job. Even if you think you did nothing wrong or you have significantly changed your life since the court’s decision, a restraining order can have far-reaching consequences.

Can a Final Restraining Order be Vacated?

If you have a final restraining order against you, it doesn’t necessarily have to be permanent. This order can be vacated in one of two ways in New Jersey. You should understand that vacating is different from appealing an order, which involves a claim that the court shouldn’t have issued the restraining order to begin with. On the other hand, a motion to vacate a restraining order happens when something has changed and the order is no longer needed.

The first way to vacate is that a victim can voluntarily ask the court to vacate the restraining order. This often happens in circumstances, such as:

Alternatively, if you have a final restraining order against you, you can petition to vacate the order if you can prove “good cause,” according to New Jersey law. Once you provide evidence to show you have good cause to vacate your order, the court will weigh this evidence, as well as any disputes to your claim, in order to decide whether to grant your request.

How Will the Judge Decide Whether to Vacate the Restraining Order?

In deciding whether to vacate a final protection order, the court will look at who is filing a request to vacate, the evidence that person presents, as well as a number of factors, including:

If the victim is the one requesting that the court vacate the order, the victim will need to speak with a counselor and sign paperwork saying that he or she is acting voluntarily before the court will consider the request.

What If the Victim Opposes Vacating the Restraining Order?

Even if a victim opposes vacating a restraining order, you can still file a successful motion to vacate if you can convince the court that the restraining order is no longer needed. Some types of evidence you might present to support your request include:

Why Should I Vacate a Restraining Order in the First Place?

However, vacating this order can help you move on with your life. If the court rules in your favor, it could make it easier for you to conduct daily business, interact with your children and other loved ones, and so much more.

How Will the Carfagno Factors Affect My Motion to Vacate the Restraining Order?

The “Carfagno Factors” are a list of conditions that the court looks at in cases involving restraining orders in New Jersey when considering whether to vacate an order. These factors include:

Talk to a Lawyer About Vacating a Restraining Order Now

If you are considering filing to vacate a restraining order, The Law Office of Jason A. Volet is here to help. With a proven track record of successfully helping defend clients against a range of felonies and misdemeanors, Mr. Volet has the exceptional legal skills you need to help you get your life back on track.

To review your options in regard to your restraining order, call The Law Office of Jason A. Volet right away for your free consultation.

What Should I Do If I Receive a Bench Warrant in New Jersey?

It can come as a shock to find there is a bench warrant out against you. Issued by a judge, a bench warrant is generally put into effect when you have failed to comply with a court order or to…