What is the Difference Between Juvenile Courts and Adult Courts? 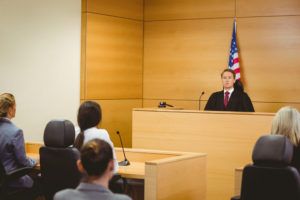 The criminal justice system, whether for adults or juveniles, can leave a person facing serious consequences. The sentences handed down may include a variety of penalties. But New Jersey’s juvenile justice system puts an emphasis on rehabilitation, alternate sentencing, and consideration of the child’s best interests.

If your child has a pending juvenile matter, as a parent, you should understand the differences in the adult and juvenile justice systems in New Jersey. The following differences in how the two systems administer justice are worth noting:

Young people who are 14 and older may elect to have their case transferred to adult court. But before any decision is made, the parents or guardian of the young person should consult with an experienced N.J. criminal defense lawyer to assess what is in the best interest of the young person.

NJ juvenile crimes attorney, Jason A. Volet, a former Monmouth County prosecutor, can offer trusted legal representation if your child has been accused of committing an offense, such as drug offense, shoplifting, robbery, underage drinking, assault, or a sexual offense.

Jason Volet understands how New Jersey’s juvenile justice system works and how its focus is rehabilitating wayward young people rather than punishing them. As a juvenile defense attorney, he is dedicated to assisting people like your child. He is among a select group of N.J. lawyers certified by the Supreme Court of New Jersey as a Criminal Trial Attorney in recognition of his knowledge and experience in this area of law. He will work to achieve the best possible outcome if your child has been charged with an offense.

Call (732) 491-8477 to reach The Law Office of Jason A. Volet or contact us online to schedule your free and confidential initial legal consultation.

Penalties for Possession of Heroin