What Is the Penalty for Stealing Someone’s Prescription Drugs? 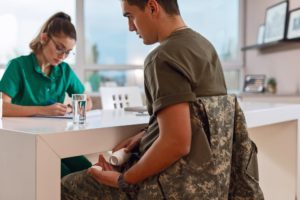 While state laws aim at inhibiting medical practitioners from writing prescriptions for certain medications in amounts that are potentially addictive, the abuse of prescription drugs continues to be a common problem. Unfortunately, those unable to get them through legitimate means often resort to theft. If a small quantity is involved, it can be relatively minor charge. However, it can be charged as a second-degree crime with penalties that involve fines up to $150,000 and up to a 10-year prison sentence if the value of the drugs is worth $75,000 or more.

Stealing someone’s prescription drugs in New Jersey is a serious criminal matter, which requires having an experienced prescription drug defense lawyer on your side. At The Law Office of Jason A. Volet, we can provide the aggressive representation you need. If no deception or fraud was used to steal another’s prescription medications, the charge you are likely facing is prescription theft. Call or reach us online today to learn more.

According to the U.S. Department of Justice, abuse of prescription medications has reached epidemic levels. The three main categories of medications that are most often misused by the general public are:

Individuals often begin abusing these medications as a result of prescriptions received by their doctors or after they initially received pills from a family member or friend. However, once the habit of using these drugs develops, and addiction sets in, an otherwise honest and law-abiding individual may soon resort to stealing prescription drugs.

Obtaining prescription medications by any means other than through a licensed provider is illegal in New Jersey and can involve potentially harsh criminal penalties. Among the most common types of prescription drug theft are:

Even when prescription drugs are obtained through seemingly legitimate sources, you could be skirting ethics, violating policies and procedures or otherwise putting yourself and your freedom in jeopardy. Lawmakers are increasingly targeting alternative methods of obtaining prescription medications such as:

What Is the Penalty for Violating New Jersey’s Prescription Drug Statute?

Under  N.J.S.A.2C:35-10, it is illegal to possess a controlled substance without a valid prescription. This prohibition applies to drugs categorized under Schedule I, II or III, which are highly addictive and commonly misused. These drugs include:

Being in possession of even one or two pills without a prescription could result in a disorderly persons offense charge (New Jersey’s equivalent of a misdemeanor). Larger amounts involve hefty fines and potentially lengthy prison sentences. Among the most common types of charges associated with stealing prescription drugs are:

Can I Be Charged with a Crime If I Keep My Prescription Pills in Another Bottle?

People who have otherwise obtained prescription drugs legally may keep them in containers other than the original prescription bottles they came in. This is often done for organizational purposes or simply to keep track of the medications you need to take over the course of the day. However, it is important to be aware that under N.J.S.A. 2C:35-24, possession of certain prescription drugs not within the original container can result in a disorderly persons offense. In addition to having this charge on your criminal record, you could face a fine of up to $1,000 and up to a six-month jail sentence.

Under N.J.S.A. 2C:20-3, any time you take or illegally obtain property without another person’s permission, you can be found guilty of a theft crime. However, when this type of theft by deception involves prescription drugs, other charges may be involved such as forgery or fraud. Forgery itself is a third-degree offense, which is punishable by a fine of up to $50,000 and up to a five-year jail sentence. When combined with the other types of charges related to stealing prescription drugs, you need an experienced prescription drug defense lawyer fighting on your side to avoid a potentially lengthy prison sentence.

At The Law Office of Jason A. Volet, we can provide the aggressive legal representation you need when you are facing charges related to stealing prescription drugs. You can trust our legal team to protect your rights and pursue the best possible outcome for you. To discuss whether we can help in your particular case, call or contact us online and request a consultation in our Freehold or Neptune office today.

If a person involved in a relationship believes that the other party poses a threat of harm, that person can seek a domestic violence order of protection, or restraining order, in New Jersey. It is a civil order. However, a…