Are Theft Crimes in New Jersey a Misdemeanor or Felony Offense? 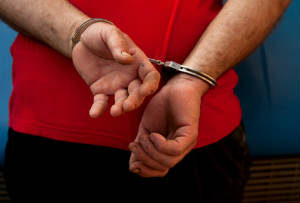 Have you recently been arrested for or charged with theft crimes in New Jersey? You likely know that you can face serious penalties if you are convicted, including monetary fines and imprisonment. In addition to the immediate penalties imposed by the court, a criminal conviction of a misdemeanor or a felony offense can also have substantial repercussions beyond your sentence. To be sure, a person in New Jersey who is convicted of certain theft crimes can limit his or her ability to obtain certain jobs, credit lines, and other benefits.

What factors can influence the severity of the criminal charge and the possible penalties? Factors that can shift the offense from a misdemeanor to a felony, as well as to felony charges of ranging degrees, include but are not limited to:

If you are facing theft charges, you should always discuss your case and your defense strategy with an experienced Monmouth County theft defense lawyer. It is important to take every step you can to avoid a criminal conviction, and the Law Office of Jason A. Volet can help.

General Offenses and Penalties for Theft Crimes in New Jersey

In general, based on the variety of factors mentioned above, theft crimes can be charged as misdemeanor offenses, all the way up to first-degree felonies. The possible offenses and penalties that you can face for theft crimes under New Jersey law (Title 2C—The New Jersey Code of Criminal Justice) include:

Understanding How Value Can Impact the Degree of Theft Crime Charges

The value of the item stolen in a theft crime has a substantial impact upon the charge. Under New Jersey law, the following values indicate the level of charge:

If you have been arrested for and/or charged with a theft offense in Monmouth County, it is not yet a given that you will have to face jail time. You may be eligible for diversionary programs that aim to provide rehabilitative services — typically to first-time offenders — and to discourage criminal activity in the future.

How might New Jersey’s diversionary program offerings be able to help in your case? In brief, there are a few different options that may be available to an offender charged with a theft crime, including the following:

Such diversionary programs can be enormously beneficial to defendants. PTI and conditional dismissal programs can allow you to avoid the harsh penalties associated with felony and disorderly persons convictions, as well as the social and legal stigma associated with a criminal conviction. It is extremely important to discuss your case with an aggressive New Jersey criminal defense lawyer to learn more about your eligibility for diversionary programs and how to apply.

If you are facing theft offense charges, the next step is to speak with an experienced theft defense attorney in Monmouth County, N.J., about your case. At the Law Office of Jason A. Volet, we offer a free consultation and can begin discussing defense strategies with you today. Contact us for more information about getting to work on your case.

Resisting arrest is a serious charge in all states, and New Jersey is no exception. Anyone convicted on charges of resisting arrest could face criminal charges and more serious consequences than they might have under the original circumstances of their…