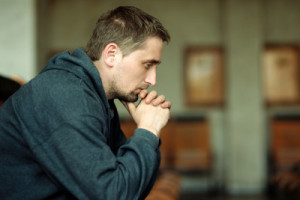 If you’ve been stopped by the police and that officer suspects that you are driving while intoxicated, at some point he may have the ability to bring you down to the police station to administer the alcohol test. It’s important to understand that in New Jersey, you have absolutely no right to refuse to take the alcohol test. You must submit to it. You also don’t have the right to ask for an attorney prior to taking that test and if you do and then don’t take the test then it would be considered a refusal. It also may be considered a refusal if you do not blow hard enough into the machine for it to take an accurate sample from you. After doing that a number of times, the officer will also charge you with refusal.

Now what I say when I mean a first, second, or a third offense; well, if you’ve been previously convicted of a DUI and you subsequently get a refusal, that refusal would actually count as a second. It is important that if you are charged with this type of offense that you contact with an attorney who is both experienced in DUI and the refusal law to help with any defenses that you may have.

What do I do if I have Multiple Serious Traffic Tickets?

Having multiple traffic tickets, especially if you do not pay them, can result in the suspension of your driver’s license. Depending on the traffic tickets, penalties can vary, but your first move should be to contact an experienced criminal defense…