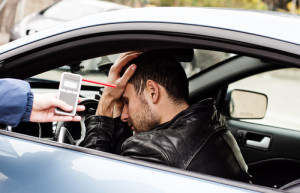 If you’ve been pulled over in Freehold, New Jersey by a police officer while driving a car and he suspects that you’ve been driving while intoxicated, the first thing that that officer will do is ask you to step out of that car. I advise clients as a New Jersey DWI Attorney that just because he suspects that you were under the influence, that is not enough for him to take you down to the station in order to give you the alcohol test. In order for the officer to bring you down to the police station, he must have probable cause or a reasonable belief that you are under the influence of either alcohol or a drug. How does that officer show that probable cause? That’s shown through the psycho-physical tests.

If you have been pulled over for suspected drunk driving and are arrested, contact our experienced New Jersey DWI Attorney.

In 1994, New Jersey passed Megan’s Law. The law provides additional consequences for those convicted of sex crimes, including a requirement to register as a sex offender. Aggravated sexual assault and criminal sexual contact are among the crimes that could…