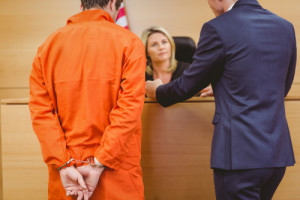 If this is something that you have been accused of, you must understand the serious nature of the offenses for which you could be convicted. You can be convicted for the theft, you could end up being convicted for a forgery, for signing that doctor’s name, and you could be charged with possession of whatever drugs if you obtain them. I advise clients as a New Jersey Drug Crime Attorney that you must understand that this could result in a period of incarceration. It’s important that you hire a New Jersey Prescription Drug Lawyer who has dealt with these types of cases in the past and has dealt with that prosecutor’s office and the police in order to try to obtain the best result for you, which could ultimately be some type of help.

If you have been charged with stealing your doctor’s prescription pad, contact our experienced New Jersey Drug Crime Attorney.

What Should You Know about Bail?

When a person is arrested, their first thought is usually on how to get out of jail. In criminal cases, the court may set bail that a person arrested needs to pay in order to be able to leave before…